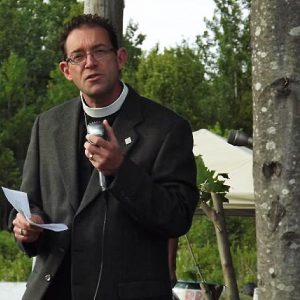 He grew up in Amherst, and he graduated from Mount Allison University with a Sociology degree and the Atlantic School of Theology with a Masters of Divinity. He is married to Rev’d Gloria McClure-Fraser – a marriage, he says, that made him the “father of none but the grandfather of eight,” as he and Gloria raised the 4 children from her first marriage, and now enjoy the blessing of eight grandchildren.

Before being ordained in 2002, Rev’d Carl worked as Coordinator of Care for Small Option Homes in HRM, helping people with mental illness to be reintegrated into the community. He later spent time both as a “house husband” (looking after kids and grandkids) and also as “the Rector’s wife” (as they used to call him in the Parish of New Germany). While supporting his wife in her ministry, he worked as a graphic designer, production manager for a silk screening company, and helped with the Christmas tree business in West Northfield. He served as Lay Pastor to the Lutheran Parish of New Germany, and Regional Youth Worker for the Lunenburg Region of the Diocese. 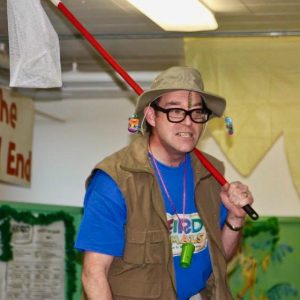 Rev’d Carl has served full time in the Parishes of Stewiacke & Shubenacadie and the Parish of St John the Baptist, North Sydney. He has also provided interim support and leadership in the Parish of Neil’s Harbour with Ingonish, the Parish of the Resurrection (Sydney, NS) and the Collaries Parish (formerly the Greater Glace Bay Pastoral Unit).

Rev’d Carl is active not only within his parishes but also within the diocese, where he has served with youth, with finance, with the MORE Mission, with the Diocesan Council, and as Synod Tech Geek – as well as acting and directing in dinner theatre. He is passionate about the development of youth, the ministry of laughter — and finding new ways to build community, and to share faith and the love of Jesus. 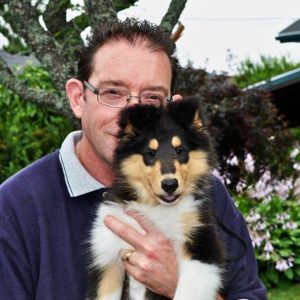 Currently, he lives in Stewiacke with his wife (now retired from full time ministry), their 3 collies and 2 cats. A man of the outdoors, Rev’d Carl enjoys snow blowing, chain-sawing and leaf blowing. He loves winter and prays constantly for snow (which does not endear him to many).